Your contributing member annual benefit statement will be available to view in your My Pension account by 31 August 2022. If you have registered for My Pension, you will receive an email from us letting you know it has been uploaded to your account. If you have elected for paper communications, you will also receive a copy of your statement through the post.

We are holding online presentations to explain your 2022 annual statement in detail and provide an overview on how pensions work. The session will also cover a wide range of other topics from life cover to paying more to increase your pension. There will also be the chance to ask questions at each session. You can book your place through our Book on to an event page.

We would love to hear what you think about your annual benefit statement, so we know what you like and what we can improve on. If you have a few minutes, we would be grateful if you could complete our survey

You need to log into your My Pension account. You can do this through the link in the member menu on the website. If you have any problems logging in or registering please visit our My Pension support page or contact us.

Once you have logged in, you need to go to the My Documents tile and select Annual Benefit Statements. You will then be able to see your statement for 2022 as well as those issued in previous years. 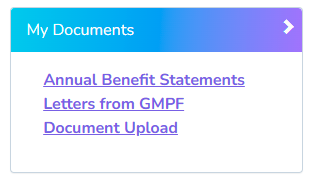 Visit the What benefits you build up page on our website to find out how we calculate your benefits.

With some types of absence, such as maternity leave or sick leave, if you have been on reduced or no pay, the pay we use to work out your benefits is the pay you would have received had you been in work (which we call assumed pay). You can read more about how absences affect your pension on our website.

If you have been furloughed and continued to pay pension contributions you will have built up pension on the actual pay you received. Assumed pay is not used if you received less pay. Please speak to your employer if you have questions about furlough and how it affects your pension.

No matter what hours you work, or if your hours change over the year, the pension you build up is calculated on the actual pay you have earned during the year. You can read more about how working part time affects your pension on our website.

Yes, but you will need to leave your employment to do so (unless your employer agrees to you taking flexible retirement) and you must be age 55 or older. If you choose to access your benefits before your normal pension age then early retirement reductions will apply as we will be paying your pension for longer than expected. The date you reach normal pension age is shown on your statement. The current value of your pension stated does not include any reductions that may apply.

You can read more about when and how you can retire from employment and the retirement process on our website as well as the early retirement factors that would apply.

No, not unless you take flexible retirement. Otherwise, you must take all your benefits at once.

You can use the Pension calculator in My Pension to get an estimate of your pension benefits using different retirement date and conversion options. These figures are for illustrative purposes only. If you are thinking of retiring soon, you should speak to your employer who can give you a more accurate estimate and more information about what steps you need to take. We strongly suggest you check with your employer to find out how much notice they require.

For more information on when and how you can retire from employment and the retirement process please visit the pages on our website.

If you exceed the annual allowance in any one tax year we will write to you to inform you and send you a pension saving statement later in the year.

To find out more about annual allowance and other tax limits please visit our website page The current pension tax limits.

We won't send you a paper copy unless you have already asked us to do so. If you want to receive future communications by post, then you must write to us at the address below to let us know:

If you need a paper copy of your most recent annual statement, please ask us for one when you write to us.

The pension figures in your statement include any APC or ARC contracts you may have purchased or are still paying contributions.

ARC contract – any contribution to an ARC this year or in a previous year is not shown separately on your statement, but is included in the current and projected pension figures.

APC contract - if you have paid contributions to your APC in the last financial year, this will be shown in the breakdown of your career average pension built up during the year.

If you have completed your APC in a previous year this will not be shown in the breakdown, but is included in the current and projected pension figures.

If you have a voluntary contribution pot (AVCs), your AVC provider will send you a separate statement about its value.